Take Massive Action: How to Stop Being “Productive”

2015 was a good year in a lot of ways: I saved up a little money, I got a little more experience, I developed some relationships… but while it was a productive year, and it was a busy year, it was not a year that brought me significantly closer towards my ultimate goal of creating a business.

While this is not entirely true (I know many teachers and educators who are amazing at “doing” but they maximize their impact by teaching others how to “do”), I certainly have contributed to making this quote more valid.

I’ve taught students and entrepreneurs how to validate demand for an idea by creating a landing page and sending cold traffic to the site to see if they can find potential customers, I’ve helped startups get funding by showing them how to build a pitch deck and how to find the perfect investor, I’ve even helped people get started with their goals by showing them strategies for doing more “good work” instead of more “busy work.”

Consider the overweight doctor who tells you to lose weight. Or the friend who tells you to just go talk to that girl, while he himself is content to sit at the bar sipping beer, while secretly wishing he wasn’t single.

Why is it so easy for us to dole out advice left and right but not to take it ourselves?

Turns out that it’s mostly a matter of perspective.

Dan Ariely, a behavioral economist and author of the book Predictably Irrational breaks it down:

“When we are in a particular situation, we take lots of irrelevant factors into account. But when we’re external to it, we sometimes look at things more objectively.”

Over the past year, every time I thought about creating a business, I thought: “Well, if I just get a little more knowledge I’ll be able to figure this thing out.”

Yet every time someone asked me how they should get started, I was quick to recommend: “Take action! Try something – anything really – and build up momentum. You’ll figure it out as you go and you can ask people for help along the way.”

For myself –> learn more now, do later.

For others –> do more now, learn later.

I’d rather not just do busy work for the rest of my life, I’d rather do meaningful, awesome, life-affirming, humanity-building, MASSIVE ACTION work that takes my life and our species to the next level.

Well I’m guessing you want that too.

So here are some things we can do to make that a reality.

How to Take Massive Action

There are three big components that I’ve identified for setting yourself up to take huge, ridiculously big steps toward your goal. I’ll outline them here and go into more detail below.

When you make a commitment to someone that you’re going to do something (e.g., creating a business, validating that idea, your goal for the day/week/month/year), you engage the part of your brain’s wiring that makes you want to be seen as consistent.

Human beings want their actions to line up with their words. When you don’t do what you say you’re going to do, people won’t trust you. And since trust is a basic building block of societies, the desire to be seen as consistent has become hard-wired into the human brain over thousands of years.

According to Dr. Robert B. Cialdini, the psychologist and author responsible for the social psychologist’s “bible” titled Influence, “Once we have made a choice or taken a stand, we will encounter personal and interpersonal pressures to behave consistently with that commitment. Those pressures will cause us to respond in ways that justify our earlier decision.”

So make your choice. Take your stand. And do it publicly so that you’ll feel pressure to follow through.

Steps you can take to create public accountability:

If you’re reading this, then you likely live in the 21st century, where the average American is exposed to roughly 360 advertisements per day, is doing work they don’t love, and is juggling relationships that have become increasingly metric-itized with tweets, posts, shares, and likes.

Between email and texting alone, you’re likely losing hours every day that could have been spent doing real, meaningful work on something you care about.

Prioritizing sounds easy, but in reality is much harder than you’d think.

Steps you can take to prioritize your work and time:

See the signs to the left and right of my laptop?

Remember the first time you tied your shoe laces?

It probably took a lot of concentration and focus when you were a kid and were learning it for the first time.

Do you remember tying your shoes today? Probably not, but I bet you still did it. (Boat shoe and slip-on readers: you still get the point.)

When you establish habits as a regular part of your day or week, you don’t have to think about it as much. And since we have a limited amount of willpower to dispense every day, it’s important to setup good habits that take most of the work load off of your cognitive plate.

Picture a battery being drained a little bit that rare time you decide to take the stairs instead of the elevator, or that once in a blue moon that you opt for green tea instead of Starbucks coffee. I’m not saying you shouldn’t do those things, I’m just pointing out that it costs you a little willpower when you do them rarely as opposed to as part of a habit.

Once you get basic habits nailed down, you’ll find yourself taking massive action on a regular basis.

Steps you can take to establish habits:

That was a lot. But hopefully you found that helpful. Obviously, there are lots of other things you could do to take massive action, these are just 3 key components that I consider important and useful in my life.

What do you do to take massive action? (Share your tactics in the comments below)

Next post: Ways to Make Money: What to Expect From Each Approach 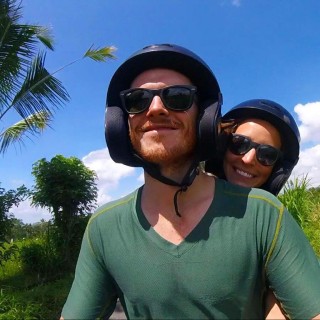